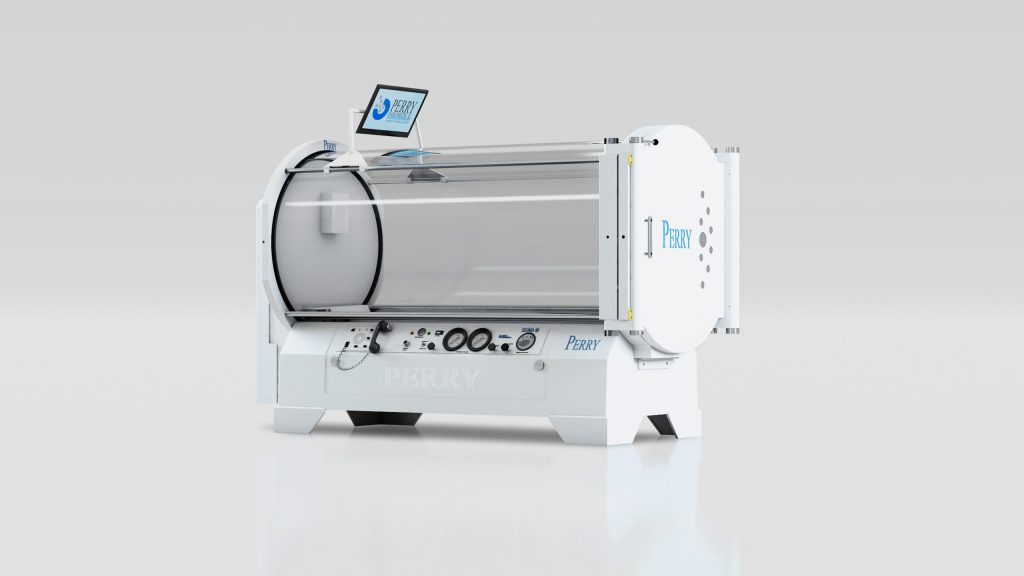 Hyperbaric oxygen therapy ( HBOT ) is a scientifically based method of treatment of breathing in 100% medically pure oxygen in a controlled pressure environment.

It is carried out in specially designed devices – hyperbaric chambers. Depending on a type of medical condition, the treatment is done, the most often, under the pressure of 2 to 4 bar, lasting from 60 to 90 minutes, once to twice per day throughout two to six weeks.

This method is combined with other medical treatments, improving their efficiency and it is beneficial to healthy people under high strenuous physical activity ( sportsmen and managers use it ) Breathing in hyperbaric oxygen human body gets 20 times more oxygen in plasma than it is consumed in a normal way.

The diffusion of an enriched oxygen plasma corrects the lack of oxygen in our body at a high speed.

What is HBOT impact on the organism?

HBOT implementation increases the oxygen supply in cells, thus enticing the creation of new blood vessels at the places where the old ones were sick or congested, it also increases the energy creation and its usage.

Furthermore, it is known to improve an organism’s immunological response against the micro-organisms’ attack. It also entices the process of wound healing, it prevents the creation of toxins and it improves the overall detoxification of the organism, it enforces the defense from the creation of free oxygen radicals, it improves antibiotics efficiency.

When it comes to tumor radiotherapy, it improves its efficiency thus diminishing its negative effects, it reduces the swellings in the extremities, organs, and brain, it significantly reduces various muscle spasms.

The benefit of HBOT implementation in modern medicine of today is unquestionable. Hyperbaric oxygen is an extremely powerful medicine in a combination with other medically accepted methods of treatment, it efficiently treats and diminishes all those medical conditions where the lack of oxygen and poor condition of circulation are a cause or a consequence of poor medical conditions.

Equally, it helps out with all the inflammations and infections, and many other conditions. It strengthens the efficiency of medicine like antibiotics, diuretics, anti-artmicals, and cytostatics.

Illnesses and conditions treated by HBOT